What is a brand?

To follow on from last month, we looked at finding a voice for your brand. This month we are going to look at, what is a Brand?

When you type this question in to Google, “what is a brand?” Google throws up two means for the term. Both are similar in their meaning, but one meaning has evolved based on its current context.

When you read these two statements, it’s clear to see that the latter of the two is the more likely of origin. But I also think it’s a very good way of explaining brand(ing) and what a brand really is.

The word “brand” derives from the Old Norse “brandr” meaning “to burn”. Branding itself dates as far back as Ancient Egypt and the Roman times. Roman glass makers would often brand there works to make them identifiable against other works. They main use of branding was amongst farmers and they would use hot iron designs to brand their cattle’s hides. It was mainly used on thick hided animals but also animals that where high in value when sold, such as horses. It was also used so that they could identify their cattle from a fellow farmer/seller. This really took off in parts of the world where there were large grazing areas for cattle, places like Spain and America really embraced this method.

What then started to happen was a rise in farmers doing this, but also in the designs being branded in to the animals. They became more elaborate and more meaningful and saw farmers using marks that represented their family names and values. They were becoming proud of how their brand would be seen amongst other famers, there direct competition. We then saw a rise in colour branding, spraying or painting them became a new take on branding. Laws then became stricter on branding over another brand, trying to sell cattle that isn’t yours under that brand, basically a lot of the same things we see now in the world of business law. Obviously the way the term “brand”, is used now is very different but it’s still has a lot of its old origins.

So, as you can see from my little insight, brand(ing) has come a long way from its origins. I thought it would be nice to look at this term from a very different angle. People always go for the obvious when they talk about the term ‘Brand’, I just thought it deserved to be talked about in its earliest form of meaning.

But, it’s always worth remembering that a brand is a passion, it’s unique and it’s yours.

Next month Adam Clark will be discussing how the term ‘arable farming’ applies to the business world. Sow, stay tuned. 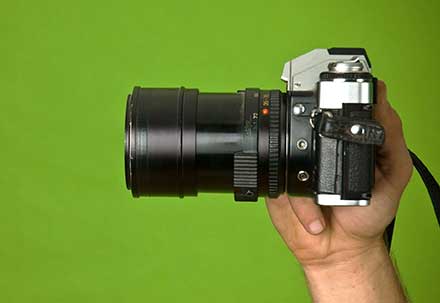