What makes a brand?

By michael27th May 2016Blog, Digital, In-Store, On The Phone 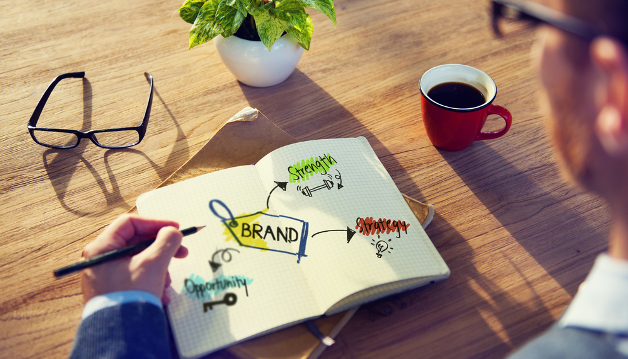 The question “what makes a brand?” seems so incredibly straightforward, but actually, the answer is the cause of much debate. It leads to a series of sub-questions, such as:

More often than not, the beauty of successful brands lie in their simplicity. For example, you couldn’t get much simpler than a tick, yet Nike have turned it into the symbol of a global empire. That leads to further questions:

Is the tick an example of branding, or is it just a logo?
What’s the difference between the two?
Can a logo be a brand?

That’s actually a more complicated question than you might think, but in general, a logo needs at least two more things to be considered a brand.

The first thing you need is a slogan, and continuing to use Nike as an example, they went with the phrase: “Just do it!” That’s it. Three simple words that anybody could have come up with, but what do these words actually say?

They want you – the potential consumer – to feel like you can achieve great things through sport. The tick is a psychological device to make you feel better after exercising and you might notice they often incorporate nature’s elements within their evolving logo (fire, water, etc) to indicate you can “just do it” whatever the weather.

Some people would argue that Nike have become such a powerful company that the tick alone is a brand. That may be so now, but it wasn’t the case in the beginning.

Finally, to transform into the company they are today, they needed to add a third very important, but often overlooked, ingredient – tone.

If you’ve dealt with an agency, you would have heard the buzzwords “Tone of Voice” a lot, and that’s because getting the “ToV” right for your company is an essential part of marketing. Without a solid Tone of Voice, the messages created in separate areas of your business will appear disjointed, and how do you expect to win a customer’s loyalty if they don’t recognise who they’re communicating with?

Whether it’s the language you use on your digital channels, the messaging you display in your store or the customer journey provided on your telephone system, it all needs to sound and feel the same.

Overlook a single one of these and your brand will always feel incomplete, but master them and your customers will want to communicate with you on every level.