We’ve said it once, and we’ll say it again. Social media isn’t all # and emojis. It’s a game of strategy, planning and some #surprises. Yep, there’s some experimental stuff in there too that allows us to test the water…

While we previously gave you some insight into how to build a successful shopping centre social media strategy, as they say, the proof is in the pudding.

That’s why we wanted to blow our trumpets, because, well, we’re pretty proud of this one… hold on to the edge of your seats guys, here’s how we grew The Brewery’s social media reach from an average of 9k reach to 46k a month. That’s an increase of over 500%!

How? Because we’re #experts, that’s how. Here’s a few steps on how we nailed it.

Step one: The beginnings

We were delighted to start working with The Brewery in October last year. At the time, it had a lot to offer. However, it seemed the way they were doing it, fell on deaf ears. The Facebook audience just didn’t respond. Tough crowd eh?

Step 2: Warming up the crowd

One of the keys to a great social strategy is creating something that will initially act as a hook to bring in the audience. Once there’s a pool, you can communicate with them and keep them on-board. Yep, it’s a bit cheeky, but like a pack of Pringles, once you’re committed, you can’t stop. And that’s how we decided to play it. We know everyone likes a freebie and a little competition. So, we got out and about in the centre and got not one, but two great competitions within the first couple of weeks of working with the scheme. And then we set about with the bait – getting them live on Facebook. Of course, we didn’t get hundreds of thousands of entries right away – unfortunately, it’s not how social works. However, the likes, shares and comments, pushed up the engagement and began altering the Facebook algorithm. Ok, so this is a bit complicated, so to put it simply, this meant our posts began appearing more on feeds, attracting more users and boosting our likes.

Step 3: Building on the foundations

Once we had drawn in the audience, the trick was to keep the momentum going. And this is where we had to really start to think about our content plan. We know discounts, competitions and events always do well. However, it’s not a sustainable strategy, especially if these mechanisms aren’t always available. So, we’re not afraid to admit, we created content around a trial and error approach – some posts might work better than others, but that’s what informs us and helps us to work out what comes next!

First up on our list? Celebrity get the looks. But did it work? To a point, we got some comments, but it wasn’t enough for us to be happy about (we’re tough on ourselves you see).

So, we decided to take it a step further, mixing topical awareness days and posting the centre’s and other celebrity takes on this. Based on feedback from shoppers, we decided to target areas such as  mental health and body image. The result? Jackpot! One such post featuring Stacey Solomon talking about post-natal depression, hit the 3k engagement mark – way over the average of a normal post. Other posts following the same format also performed well. As a result, we decided to use this as one of the strands. Content strategy 1 – done!

Everyone likes to know what’s going on in their community, and, as a community scheme, it was a no brainer that we should use the scheme’s social media to build on this. We started the trial by sharing articles from local papers, with issues that we knew would be of interest to the people visiting the centre. This included bus routes that were being diverted and, news of locals who had won awards or were doing something for charity. And we couldn’t have been happier with the results. These posts did amazingly well in terms of comments, shares and likes, not only building the following, but also cementing The Brewery’s standing as a community led centre.

So, what do you say about your retailers apart from advertising their offers? Well, quite a bit actually. Yep, we took it one step further. A new store launch took on a whole new strategy, with teasers featuring pictures of the empty shell, to works in progress and the final opening. And once again, this did very well. But we didn’t stop there. On visits we ensured we took pictures of those who actually worked in these stores and gave them a presence on social media. This again gave a real-life feel to the scheme and added a personal touch, which made the centre stand out amongst its local competitors.

‘We’re so pleased with the social media growth and couldn’t have asked for more. OnBrand really took the time and initiative to think up a local community led strategy and it exceeded our expectations. We can’t wait to see our followers and engagement grow further in the future.’

Fancy finding out how to grow your social media, or letting us take it out of your hands? Get in touch, we’re a sociable (get it?) bunch!

How to build a successful shopping centre social media strategy

How to build a successful shopping centre social media strategy 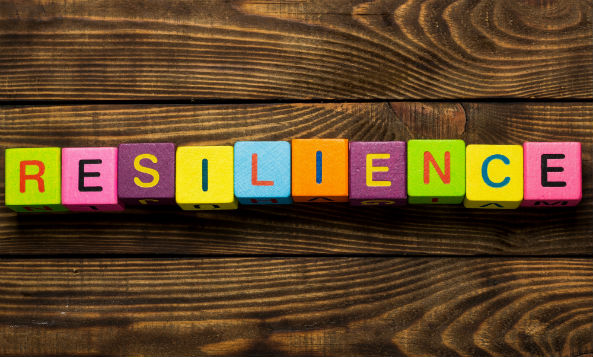